Aside from enjoying good food, we also love to tell the stories behind it. As we were discussing whether we had anything to offer in celebration of Cinco de Mayo, we reached back to our cookbook, Almost Italian; we’d deconstructed Caesar Salad, an Italian-American standard, first created south of the border, in Tijuana. Then we began to list post-Columbus culinary contributions from the New World to Italy, notably, several plants, all native to Mexico— maize, chocolate, new varieties of beans and squash– and of course, all those peppers and tomatoes. 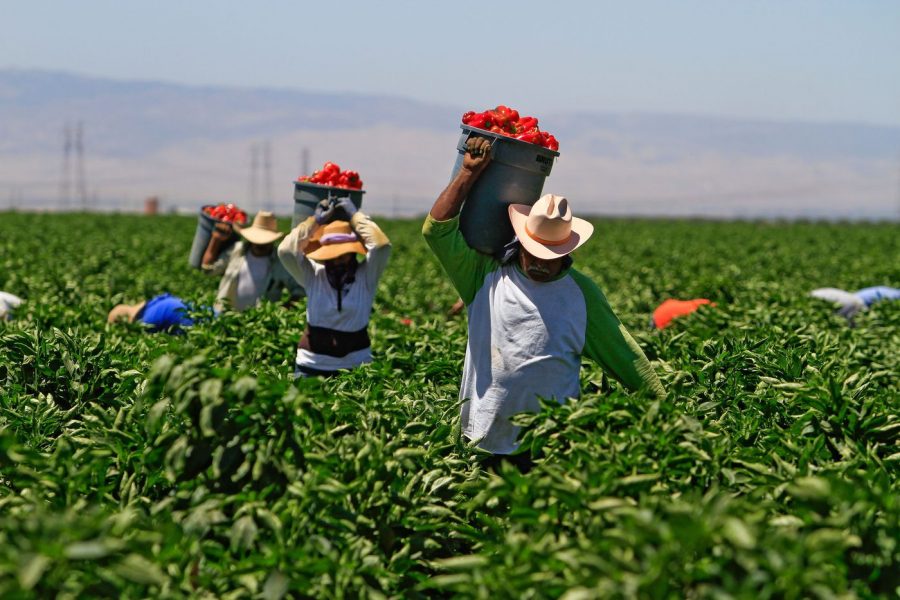 A while back, as we were watching a pair of skilled hands produce a sublime pizza that we devoured a few minutes later, it hit us like the contents of a just-whacked piñata:* Mexico’s not-so-secret contribution to Italian food in America has been her PEOPLE. Par for the course, that day, our Florida pizzaiolo hailed from Oaxaca, not Napoli.

So today, May 05, 2020, let everyone who eats in America acknowledge the Mexican men, women, and children who work as field hands– along with the truck drivers, rancheros, and conveyor-belt produce sorters— all handling the bounty of North America’s farmlands.

While many a survey has indicated that “Italian” is America’s favorite “ethnic” cuisine, those surveys ask fewer questions about who hustles that food onto plates. Almost every restaurant that claims to serve Italian dishes— from Domino’s Pizza and Olive Garden to Chez Panisse and Babbo— has long depended upon Mexican staff.

The late chef-provocateur Anthony Bourdain sang their praises, and so should we. Supporting more celebrity chefs than Dansko clogs, Mexican dishwashers, bus-boys, cleaners, line-cooks, servers, and chefs are essential players at every level of American food production, delivery, and service.

*From the Italian pignatta, originally a Carnival tradition, these paper forms filled with treats and sweets, may have originated in Asia, but were introduced, via Italy, to the New World